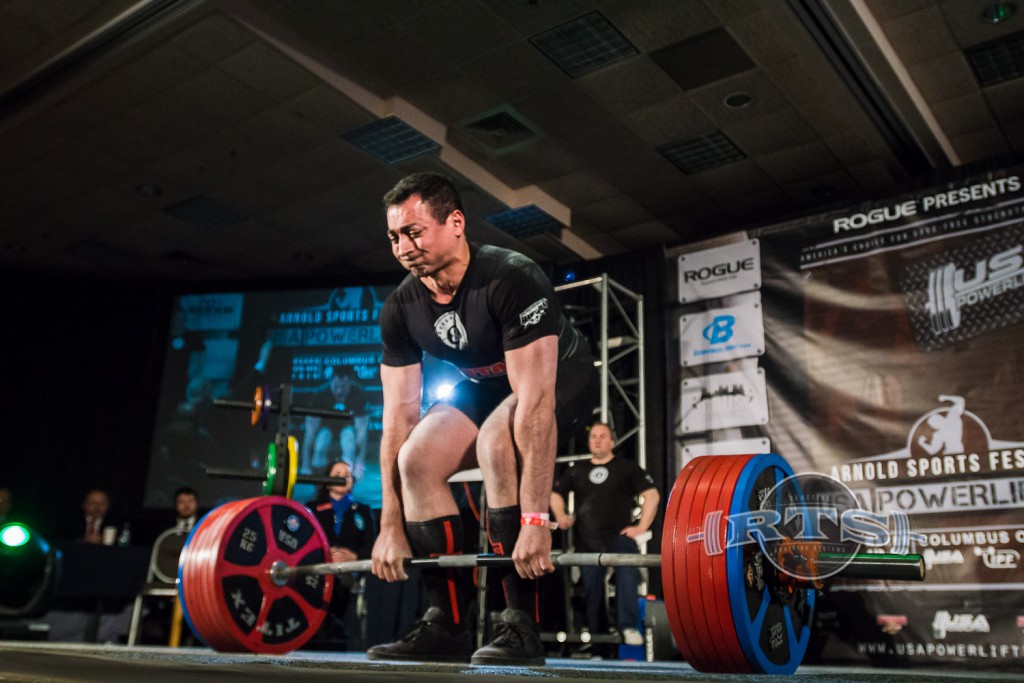 Michelle Stark was an All-American Hammer and Weight Thrower for Ashland University under the watchful eye of her coach, 4x Olympian Jud Logan. She graduated in 2009 and decided to give powerlifting a try. In only her 4th powerlifting meet ever, she became the 2010 IPF Junior World Silver Medalist in the 90kg class, barely missing her 3rd deadlift of 512.6 lbs for the win.

Michelle came to me after she graduated college and said she wanted to give powerlifting a try. She had experience with the squat, bench and deadlift because they were performed frequently in Coach Logan’s program at A.U. She was already really strong but her technique was not optimal for a powerlifter and we would eventually modify all three. When she came to me about powerlifting, it was only about 6 weeks away from the meet so our preparation time was limited and changing too many things was not a good idea. The first meet she wanted to do was the 2009 USAPL Georgia and Southern States. Her initial goal when she came in was to go to Women’s Nationals and try and make the Junior World Team. Because of this, we decided to basically train though the meet because she was strong enough coming in to hit the qualifying total without getting in gear.

The training template for this meet was high frequency, medium volume, low intensity because we needed to spend a lot of time performing the lifts to IPF standards. This allowed her to Squat/Bench and Deadlift frequently without overtraining. This also allowed her to put her focus on doing certain things right like pushing the knees out, sitting back, driving her legs in the bench etc. without having to get too focused on the heavy weight. This paid off in a big way, not in the short term but down the road, especially once we got in gear. At the meet, she went 8/9, only missing her 3rd bench press of 198 lbs while qualifying for women’s nationals @ 181, only weighing 176. END_OF_DOCUMENT_TOKEN_TO_BE_REPLACED

How I Became a Powerlifting Coach

How I Became a Powerlifting Coach
By Josh Rohr

I had never really considered the possibility of personal training and helping people as a profession. I grew up on a dairy farm in a small town in Northeast Ohio, working in the barns before school in -10 degree weather during the winters. I guess I always just figured that I would be a farmer when I got older.
My freshmen year of high school I really got interested in football, mostly because I saw the guys in the weight room working out and noticed how big and strong they were. My sophomore year, I decided to play football for the first time. I was way behind the learning curve but I loved it. I learned a lot about the game and myself. I also learned a lot about weight training and I started learning some of the things I had been doing wrong. END_OF_DOCUMENT_TOKEN_TO_BE_REPLACED