How to know if you should pull out of a meet

WHEN NOT TO COMPETE, (OR THOUGHTS ON WHY WE DO) by MARK ROBB 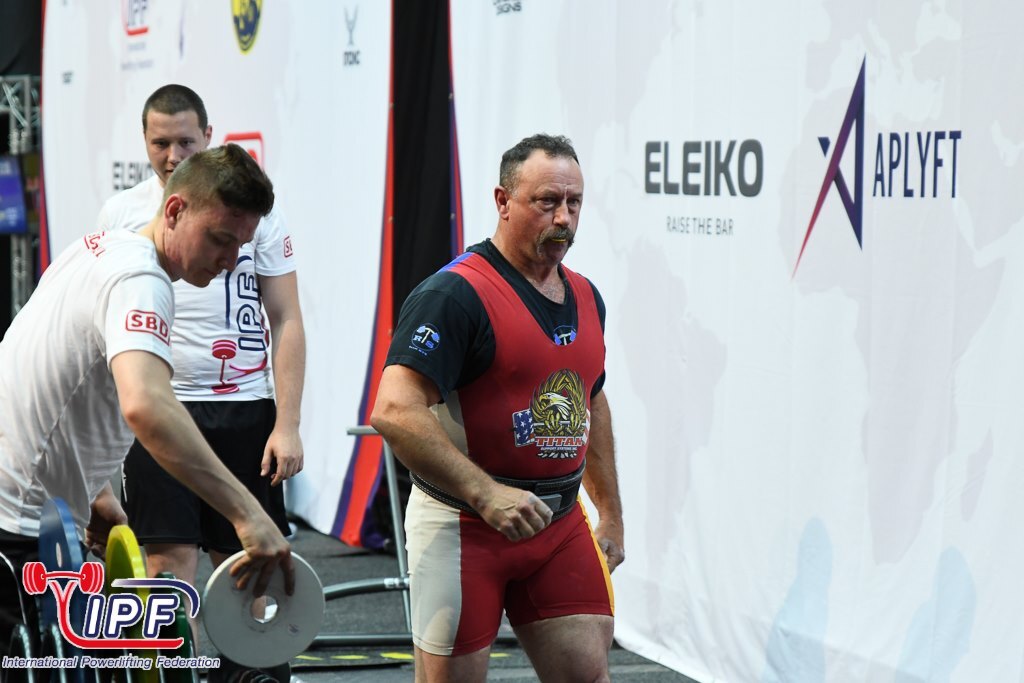 There have been times when I struggled with the choice of whether to withdraw from a meet that I had already registered for or not, and as I have thought about this subject more, the broader the subject became. In interactions with some of my lifters, RTS teammates, USA National Teammates, as well as my own experiences, I have learned several things that I believe are worthy of consideration when you find yourself with that decision to make.

My hope is that this article might help you organize your thoughts, and maybe bring up something that you hadn’t thought about, so that you have more clarity about whatever you decide to do.

Why are you competing?

It doesn’t really matter whether you are competing at a small local meet or the World Championships, I’m sure that the goals are just as important to you as far as hitting goal numbers, meet PR’s, or whatever goals you have set for yourself. My experience with this is that I learned long ago not to do something competitive if you can’t give it your best. I can’t see much good coming from going into a meet knowing that you are not ready, your numbers are down, you are injured, etc. The only good that may come out of that is learning not to do it again. Coming away from a meet making excuses and not feeling good about your performance is not a win. Nobody cares about excuses. Having said that, nobody goes into a meet 100% ready. It just doesn’t happen. Try to be reasonable and honest with yourself, and don’t make not being 100% ready an excuse. Is that really the reason? The reason or purpose for competing is to demonstrate your strength, so why do it if you are going to instead demonstrate that you haven’t trained, are injured, or are somehow otherwise diminished? The flip side of that is that I don’t even want to compete against someone that isn’t at their best. I want to compete against them at their best. I want them to bring their best to the meet, otherwise it feels like a gimme, which is a hollow win. Which leads to the next point:

QUALIFYING FOR A MORE IMPORTANT MEET

This is a different situation. You may NEED to make a total, or even a minimum qualifying total in order to be included in a much more important meet. Sometimes you aren’t ready, aren’t at your best, but need to compete anyway with the main goal of accomplishing qualifications.

Important lesson learned; 2012 USAPL Raw Nationals was held in Killeen Texas, and I went into it nursing a ligament injury along my spine. The injury was healing, but was definitely not fully healed or ready to be tested. I had been treading a fine line with trying to allow it to heal, while still training for Nationals. I felt that I needed to win in order to potentially secure a spot on what may be a newly formed Masters National Team. I knew that, if I had a decent day, I could win. My main competition that year was a big puller. I knew that I could out squat him and out bench him, but not by a big margin, and that it would likely come down to deadlift. If I recall, the deadlift American Record was at stake as well, and I was planning to break it. I knew that if I didn’t break it, he probably would. I had already broken the records in 2010 and 2011, and it was my own record at stake, which made it personal. I had been getting prolotherapy in order to speed and aid the healing process, but I definitely was not in a position or ready to battle it out for a record-breaking deadlift. I had been dealing with this injury for months, and re-injuring it would probably be considerably worse than the original injury, and probably put me out of competition for an extended period of time, should I win. I knew that I could beat him on deadlift, but the cost may be high. I was in pain going into the meet.

I remember being back in the warmup room, talking to Mike Tuchscherer, Matt Gary, and Mike’s father Mike Sr., trying to decide what to do. In my mind, the choices were 1) compete, and probably set myself back or possibly seriously injure myself, or 2) withdraw from the meet and get healed up, potentially miss a seat on the US Team, and miss an American Record deadlift and a National Championship. It was high stakes either way. I was asking advice and everyone was trying to help me, but it was something that Mike Tuchscherer Sr. said that really struck a chord with me. He said “sometimes, it takes more self-discipline NOT to do something than it does to DO it”. I ended up withdrawing from the meet as they were starting weigh-ins for my flight.

In hindsight, it was the right decision, though it felt awful at the time. I am not a quitter, and it felt like quitting. I questioned myself as to whether I was just using it as an excuse, though I knew that was not the case. In the end, my competitor did break my deadlift record by just a small margin, and won Nationals.

I went on to win several more National Championships, and break his deadlift record as well as my own several more times. The point is, that it would have been short sighted of me to compete at that contest and risk putting myself out of commission for an extended period of time, or potentially permanently, just to win this one meet. Sometimes we need to step back to see the big picture.

Again, this can be anything from a small local meet to the World Championships. There aren’t any big money contracts in powerlifting, so that can’t be a reason to compete. If there’s no money in it, we might as well have fun with it, regardless of the above reasons. Even if there WERE money in it, chances are that you will perform better if you’re having fun anyway, according to many sports psychologists.

Sometimes, you may make the conscious decision to abandon your goals, and just compete for fun, the comradery, or to reignite your passion for lifting and for competition. I believe that this is a very legitimate reason and not to be discounted. We may be coming back from an injury, and just want to get the juices flowing again and be inspired. These injuries might be physical or even emotional, such as the loss of a close loved one. Or maybe you just haven’t competed in a while, maybe life has de-railed you, and you are trying to knock the rust off and get back in the game, knowing that you are not at your best. Personally, I admire anyone that wants to get back on the platform after a major setback.

In conclusion, when you find yourself on the fence about whether to stay the course and compete in a meet or withdraw, I hope that this article will have given you some things to think about. I hope that it might give you more clarity and understanding about why you are competing. Having a clear picture of what results you want from a meet will determine whether you have been successful or not at getting those results. Defining success for yourself, I think, is very important, and may be entirely different than the obvious. I have witnessed lifters ecstatic and having an awesome time, and finishing near the bottom. It’s all in the eye of the beholder. To me, someone that has come back from a crippling injury (or setback) of any kind, and fought their way back onto the platform is a winner. Sometimes choosing NOT to compete is the single best decision you can make for your long-term training and/or competitive career. Try not to view your training in the context of one block, one meet, or even one year. Rather, try looking at your training in terms of years or decades. When you do that, you are likely able to make more sustainable decisions.