5 Things I Learned at Westside 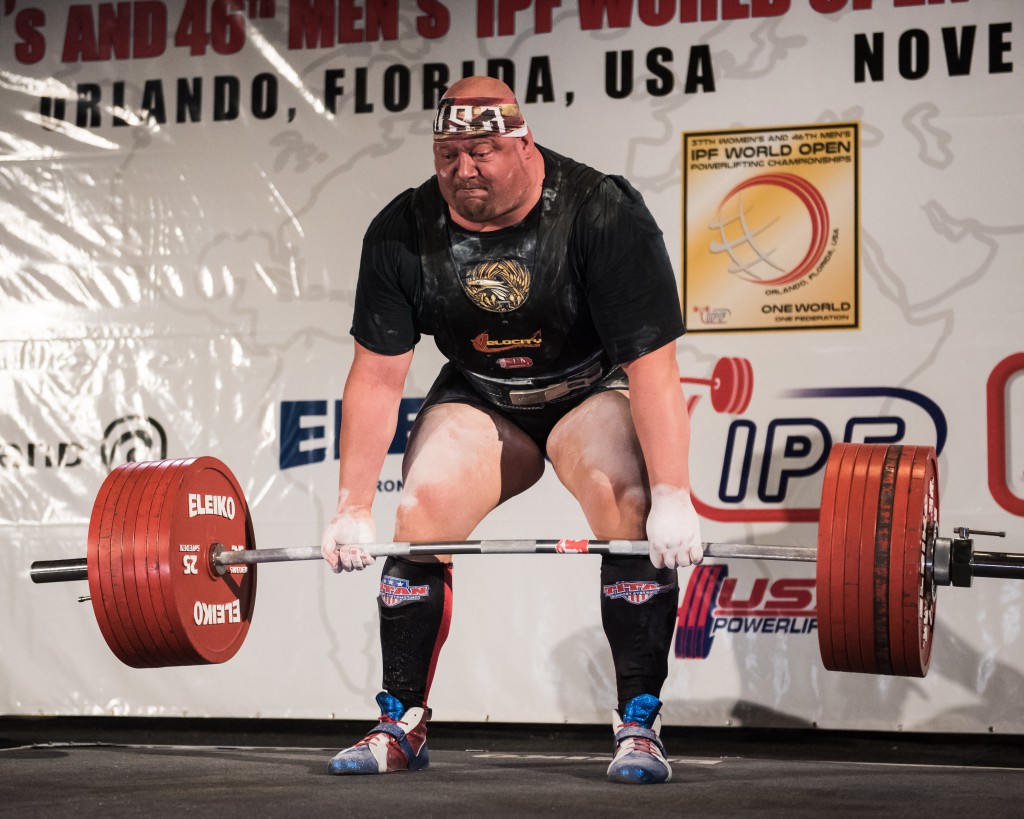 5 Things I Learned at Westside
By Blaine Sumner, 26 September  2017

[Note from Mike:  Blaine will be teaching a class for RTS Classroom starting October 5.  The class will cover how Blaine sets up training for himself and his athletes as well as keys for great execution — which is probably the most important part.  For a full lesson list and registration information, click here]

I am Blaine Sumner, IPF World Champion, World Record holder in the Squat, Bench, and Total…….. and I…….. went to Westside.

Over the past few years, I have been pleased with my progress on some lifts, and not on others. I would try to change things from cycle to cycle, but always found myself working my way back into the same rut and same routine that I have for a few years. I would try to program in some different traits, and somehow always worked my way back to what I knew. These patterns are important and I go through them every few years. In 2012 I began working with Mike Tuchscherer on high frequency training and it opened my eyes to a new style of training and the knowledge I gained from communicating with Mike set me years ahead of where I would have been otherwise. So it was time for a new quantum leap in my training and I traveled to Columbus, Ohio to visit the godfather of powerlifting, Louie Simmons, in his mecca, Westside Barbell.

Working a corporate job and travelling frequently for meets across the world, it is tough to find vacation time to travel for powerlifting. I was able to get days worked around to spend nearly a week at Westside. When I first began to learn what powerlifting was and reading articles, Westside and Louie were some of the first things I saw. Like many young lifters around this time (2006 ish), I tried to run the Westside method of training called the Conjugate System, but did it grossly wrong. I dabbled in different methods over the years, but was always fascinated by Westside. I have read many things over the years about Westside and Louie, some of it being negative, and some of it being positive, but always strongly opinionated. I emailed the gym, asking if I could come out and learn and train. For those not deeply involved in the powerlifting world, there is a common set of stereotypes about different groups in the sport. The IPF (where I have always competed) is strong in their beliefs about drug free sport, strict judging, and single ply (and since 2012, raw) competition. The federations where Westside competes have looser beliefs about drug free, have been criticized about judging standards, and wear almost exclusively multi ply gear. On social media, members from both sides often clash claiming the other’s training methods don’t work, it’s only the drugs and gear working, the other side is weaker, etc. I didn’t know how my attempt at communicating would be received. Didn’t know if it would be ignored, made fun of, or welcomed. 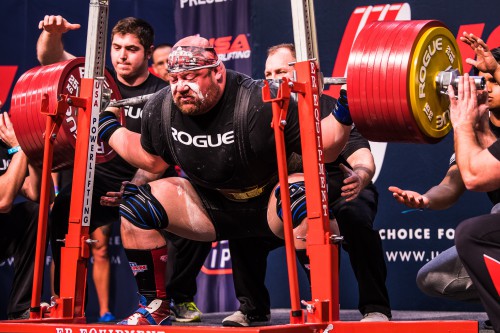 A few days later, my phone rang and my knowledge of the strength world would be forever changed. I talked to Louie Simmons on the phone for over 30 minutes, and would continue to do so over the next few weeks. Though some may argue if the Westside method works, what can absolutely NOT be argued is their results. Nowhere in the world have so many strong people trained under the same roof, and actually been brought up and added strength from training in that gym. There are many stories of being invited to Westside, and people giving up careers, relationships, and their lives to move to Columbus and train here living out of their cars and small apartments. The methods may be questioned, but nowhere has there ever been such a draw to a gym that people uproot their lives to train there, and there is not even a remotely close 2nd place. I have never met a person so passionate about powerlifting and strength training. I thought my passion for powerlifting was the strongest in the world, but it doesn’t even come close to Louie’s. He is so hungry to help people – anyone – get stronger. Extremely giving and simply lives his life just to making people stronger. The purpose of this article isn’t to be a resume on Louie, his results of working with powerlifters, MMA fighters, NFL athletes, Olympic track and field athletes – this can be found elsewhere and is extremely impressive. With that being said, let’s get on to the list.

1. They care about getting stronger above all else.

One of the most common stereotypes I’ve heard is that it is just the multi ply gear and drugs that make them strong. Boy was this wrong. 99% of their passion goes into simply getting stronger. I’ve spent years lifting equipped in the IPF and can assure you that the average IPF lifter spends MUCH more time trying to use the gear differently to get more pounds than Westside spends. I was really blown away by this. The vast majority of their training is done raw, or with minimal gear to protect the hips. They really care about getting stronger. Period. Their training methods allow them to get an accurate projection of where their strength will be with the gear, then it comes on closer to a meet. Their results aren’t from magic gear, magic drugs, but from incredibly hard, dedicated, passionate work. They just simply want to get stronger more than anyone else does.

2. Your bands are too light.

Like I said before, I grossly tried to train Westside when I was younger, but had a poor understanding of it. Even in my recent training, I incorporate bands. What I didn’t understand was how much band tension is needed for someone at my strength level. I just want to use an example from Max Effort Squat/Deadlift day when I was there. We were doing deadlifts from the floor against a monster mini band with 4 laps over the bar. I thought, “oh that’s a small band, won’t be too heavy”. I went to pick up 135 and was utterly shocked. This band tension was 280 lbs. at the top, but the way it hits you is like a semi truck. The same was true for squats. The band tension used in their training is no joke. 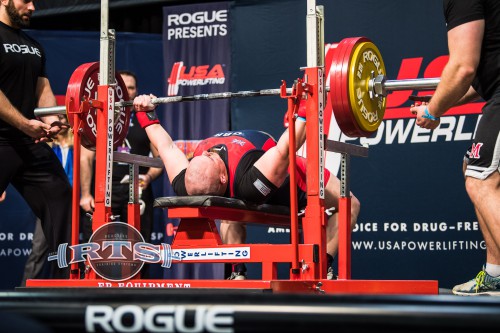 I’ve written before about how often I think Volume is misunderstood in the powerlifting world. One of the common critiques I hear about the Conjugate method is that it is low volume. This probably comes from the uninformed opinion where on the outside, it looks like they just hit Max Effort singles as the base of their training. The ‘Volume’ on the competition lifts may be lower than what some are used to, but the volume on the muscles is insane. In special exercises varying anywhere from good mornings, to dumbbell extensions, I’ve rarely heard of powerlifters pushing it so hard. These guys absolutely hammer their bodies on special exercises and train harder and more balls to the wall than any other group I’ve seen.

I’ve spent hundreds of hours over the years watching and reading the work of Louie. And there was always something in my head that didn’t make sense. Some of the negative things I’ve read make it seem like he is unapproachable and closed off to the world outside of Westside. But so commonly in his videos when the man himself speaks, he says to call him, or come visit Westside and you will learn something. I was entirely blown away by how true this is. He was so approachable, so open to teaching me, did not care where or where I haven’t competed. All of the positive things I had ever heard about the man were drastically understated, and all of the negative things I had heard were not remotely true. He is one of the most genuine, brilliant, and passionate people I have ever met in my life, and had an impact on my training that I cannot begin to describe. Louie preaches living his life like a Samurai, and he embodies it in every way.

This word ‘hardcore’ gets thrown around way too much in powerlifting these days. I’m not even sure what it means. But it seemed like a good word to describe the training atmosphere. I’ve been in high school weight rooms, college football weight rooms, powerlifting gyms, bodybuilding gyms, and commercial gyms for 15 years and have never experienced an atmosphere like this. Anybody who knows me close, knows that my blood boils when a phone comes out in the gym to text or check social media. There is just no way you can focus on a training session when phones come out for communication. Not that phones dictate a training atmosphere, but in my sessions at Westside, I didn’t see one distraction with the guys training. When they are training together under the bar, nothing else in the world matters. Which is how it should be if you truly care. Louie was watching every rep if he wasn’t coaching someone or helping someone out. Not sitting in the office and ignoring his guys training. No distractions. It was all incredibly focused effort. Their training methods account for a huge part of their success, but the atmosphere is equally as responsible. 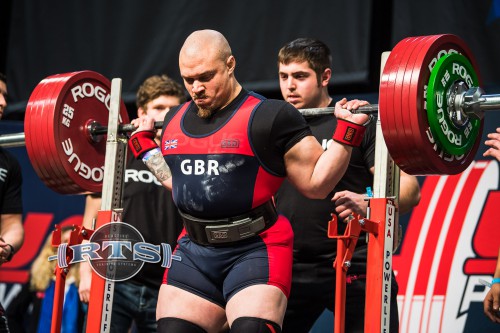 Like I said before, people uproot their lives to train at Westside under Louie Simmons. In a week, I don’t expect that I did much more than graze the surface of what they are all about. I’ve always heard ‘you don’t train Westside until you are AT Westside’. After my week there, I can’t come close to understanding in depth how they train, but I can totally understand this statement. So much of what I thought I understood about the Conjugate method, I really didn’t. Even though I would like to think I received some special treatment and got the fast track to know Louie and his methods, I know there is a ton more to understand. I spent countless hours with Louie over the week. Picking me up and dropping me off, breakfast, lunch, dinner, and spending tons of time talking. I still can’t compare my understanding or experience of Westside and Louie to guys who have trained here for years. I didn’t know what to expect when I sent an email a few months ago, but I left Ohio with the feeling that Louie is a strength training genius and the men who train at Westside are the most dedicated, hardest working group of powerlifters I have ever been around. I knew that I would take some heat from the other side of the fence for my visit, but those things don’t bother me anymore. In strength sports, there is never a perfect solution to improvement; what works for one lifter may not work for another. But keeping an open mind may unlock things that will put huge numbers on your total. From someone who competes on the opposite end of the spectrum as Westside, I will be implementing a ton of their methods and what I have learned. Louie has impacted my outlook on strength training in ways I don’t know how to begin to describe and I look forward to the impact on my total over the next few years.