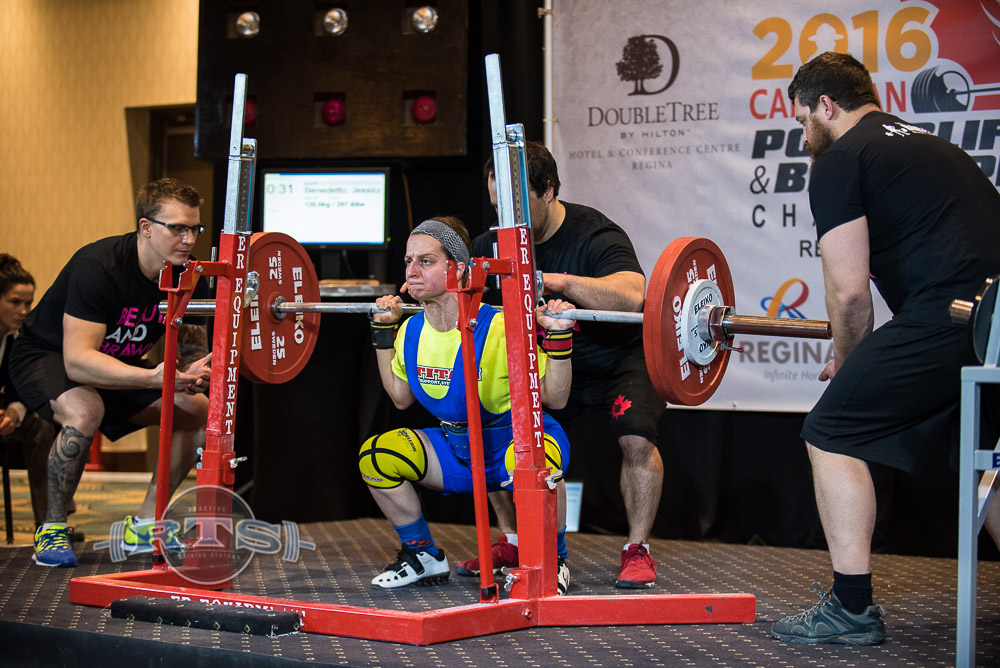 “How does an athlete know what an RPE of 8 feels like?” Which is the same as the question “How does an athlete know when s/he has 2 reps left in the tank?”
The first thing to note about gauging RPE is that there are training-specific variables which impact the intensity of which an athlete is capable. Number of reps in the set, volume of work, amount of rest between sets – all of these will impact the intensity an athlete can bring to the bar for a given working set. So, out of the gate, those variables need to be controlled to an appropriate degree.
Depending on the intensity delivered to the bar, it’s not unreasonable to give the athlete a 5 minute rest period between sets to fully recover; it’s a good idea to time this rest interval, especially at first, so the athlete gains a sense of how they feel during the rest period.
It’s also going to matter where in the day’s training an exercise occurs: I was working with a strength athlete recently, and he made the comment that Wednesday was going to be very difficult, and that especially doing stones would be hard. The reason for this was that stones were programmed as the last exercise of the day, following 3 other big movements.
Now, what we don’t want to do in this case is randomize the exercise order, one week doing stones first; the next week doing stones last. We want to control how fresh the athlete is going into each exercise, so that week from week, we’re measuring the same things. We’re trying to hold variables constant.
(As an aside: we chose to put stones last in the rotation for a couple specific reasons. This athlete had identified his upper back / torso strength as a weakness, and also had pulled a bicep in the not too distant past. Rather than putting stones early in the rotation, which would have meant using a heavier weight to generate the desired intensity, we put them at the end, when he was already fatigued. The idea is that this will force the use of a lighter weight, thereby saving his biceps. It will also force him to dig deeper and teach his body to find the most efficient way to get that stone loaded, as he’s fatigued.)
The lesson here: in your programming, identify and control the variables which affect the athlete’s ability to generate intensity. By providing a consistent experience, it will become much easier to gauge RPE for a given exercise.
There’s a couple rules for gauging RPE in an athlete: the first is, always let the athlete’s determination of RPE win – so if you think your athlete was at an RPE of 7, but they report an 8, it was an 8. Ultimately, the athlete is going to have to determine RPE by themselves; no better way to learn than by doing
The next rule is that athletes will express RPE differently. So one of the best ways to gauge RPE is in combination with the first rule: ask the athlete, at the completion of every set, what the RPE was, and write that down.
Over time, with practice, you’ll develop your “coach’s eye” and begin to see, with each athlete, what different RPEs look like. Bar speed might be a great indicator for some athletes. You might be able to clearly see that the athlete has moved from warm-up weight to working weight by how quickly they move the bar at the beginning of the exercise.
Like bar speed, body speed can be another good indicator. If the athlete consistently starts off sets of deadlifts with a very “snappy” hip drive, but those hips start moving slower as the weight gets heavier, you’ve perhaps found a good indicator of RPE.
These indicators are also good to discuss with the athlete, so the athlete develops an awareness of them, and begins to learn how to observe his/her own performance and more accurately gauge RPE. But keep in mind that bar speed / body speed might differ substantially on different exercises; and on some lifts, the athlete might move slowly, but continue to grind out reps. 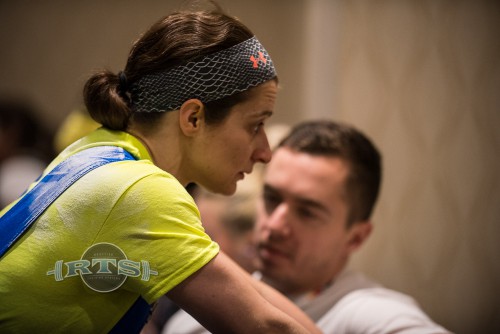 Notice also, that in conjunction with the RPE indicators presented above, we’ve been discussing low rep sets. There’s a reason for this. As the number of reps in a set increase, there comes a point where it’s quite difficult to determine if I have a single rep left in the tank, or if I could really do 2 more reps. If I’m doing a set of 15 reps, it’s quite hard to determine an RPE based on number of reps left in the tank.

So, what other ways can RPE be gauged? On higher rep sets, it’s possible to use respiratory distress. If the athlete is doing a set of 20 rep squats, s/he might begin by taking a 5 second pause at the top, and breathing evenly. As s/he gets to rep 12, the 5 second pause might become 7 seconds, and breathing might be labored. By rep 20, the pause might be considerably longer, and breathing might be very labored with gasping, and depending on the athlete, some cursing.
A good indicator of RPE on high rep sets might also be recovery time. If the athlete finishes a set, takes a few quick breaths, then starts talking, and is ready to go again in a couple minutes, that was a relatively low RPE. If the athlete finishes a set, and lies down on the floor for 10 minutes breathing hard, that was a relatively high RPE.
Another useful indicator of RPE is form breakdown. On pullups, for example, an athlete might complete five reps from a dead-stop hang. On the sixth rep, they kip a little bit; by the eighth rep, they’re kipping a lot, risking injury.
In this case, if you’re trying to instill good form, you could tell the athlete that the point at which they start kipping is RPE10, and they need to stop the set at RPE9 and take a break. This means the athlete will have to listen to their body, and determine when they are fatigued to the point that they will kip the next rep.
In a more traditional strength movement, the squat, we can use form breakdown to measure RPE and fix problems. Let’s say we have a lifter we’ve worked with, and analyzed their squat. We notice that, at the very bottom of the lift, the athlete once in a while sinks a bit further, and tilting their pelvis, and rounding the lower back. Every time the athlete does this, they miss the lift.
In this case, we correct the problem by setting RPE10 at that point where the low back rounds, and never exceeding RPE9. Again, we’re trying to instill good form, because we’ve seen that form breakdown leads to failure. So the athlete has to judge that weight at which s/he feels the lower back start to round, and call that set an RPE9.
The bottom line is that developing an awareness of RPE, whether as the coach or the athlete, is a learned skill that takes time. The athlete has to learn to observe their body fairly closely; the coach has to provide them with guidance in doing so, being careful not to influence their instincts. Generally speaking, it’s reasonable to think that it might take a year or longer to develop an accurate feel for RPE in lifting for strength.