Locking Out a Deadlift 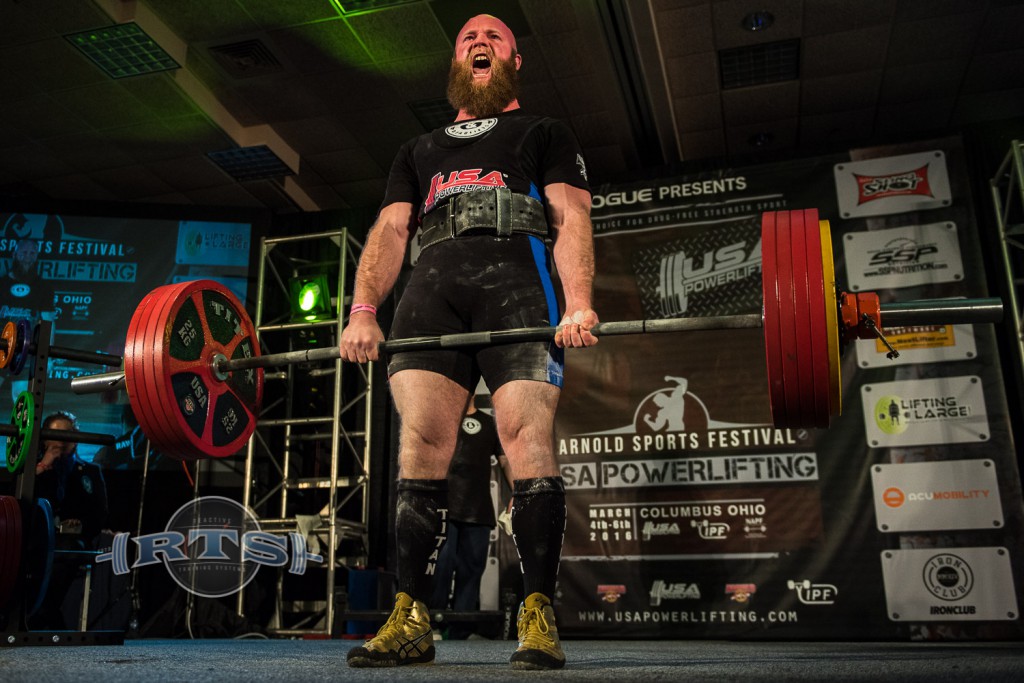 Locking Out a Deadlift
By Mike Tuchscherer

Lots of people talk about deadlifting, but you’ve got to examine the source that you’re listening to. I see people speaking about all sorts of things they have no authority on and the deadlift in particular is something that irritates me. It’s mostly because the deadlift is something I do have authority to speak on!
I’ve deadlifted 850 pounds myself while in the 275 pound weight class. But it’s not just what I’ve done – I’ve coached literally hundreds of lifters to personal bests, which includes a variety of national and world records in a variety of different countries. These are legitimate records, too; not the “flavor-of-the-month-federations” that tend to come and go each year.
Lots of people struggle to pull a deadlift through to the lockout and many lifters are perfectly capable of self-identifying this “lockout weakness”. The trouble I have seen is that the “lockout” is a pretty massive range of motion. Anything from the knees up is generally considered “lockout” in the deadlift. But consider that the bar starts 8 inches off the floor. That’s nearly mid-shin for lots of guys. So if you put it in this context, from the floor to the knees comprises about 1/3 of the range of motion for most guys. That leaves about 2/3 being from the knees up. Yes, that’s a large range of motion to consider “lockout” and not all of these lockout weaknesses will be the same. 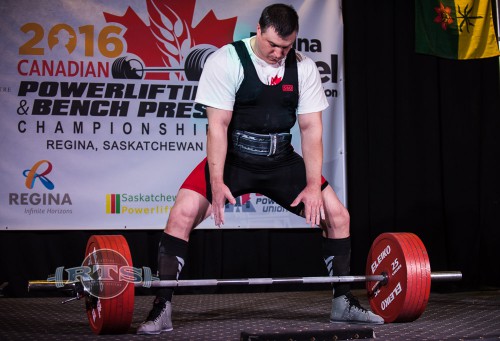 Most of you guys will want to skip over this section because it’s about technique. If I could, I’d grab you by your skinny little traps and have you re-read this. It’s important.
Nearly every case of “weak lockout” can be traced back to your starting position. If you start with a rounded back, you will almost certainly have trouble at the lockout. In a rounded position, your hips are closer to a vertical line with the bar. It gives you a mechanical advantage in moving the weight off the floor. But once the bar passes knee level, your knees will be mostly locked and even your hips will be largely complete with their range of motion. But your back will still be rounded, which means you have to extend your spine while you are in this mechanically difficult position.
Contrast that with a person who pulls with a flat back at the start. In their bottom position, the spine is already extended, but it pushes the hips further back – further out of line with the bar path. This means it will be comparatively difficult to get the weight moving off the floor, but once the bar passes knee level, your leverages in the hip and knee improve dramatically. And since your spine is already in a “locked out” position, completing the lift is much easier. In the flat back position, the action of your spinal erectors is mostly isometric.
One easy way to improve your lockout is to stop pulling with a rounded back. Of course this is a double edged sword, because while that will improve your lockout, it will make pulling from the floor more difficult. The only way to tell if this will be a net gain or net loss for your deadlift poundages is to try it out and see which results in a heavier pull.

Figuring out what’s weak
If you pull with a rounded back and you’re happy that way, or if you’re one of those rare cases of a person who has a crappy lockout despite the awesome leverages afforded by a flat back, then you still need to get the weak parts of the lift stronger. The first step is to evaluate your weaknesses.
Lots of people will try to narrow a weakness down to a particular muscle group. Not only is this exceedingly difficult in a great many cases, it’s unnecessary. I seriously doubt that anybody can accurately diagnose a weak muscle group with high reliability in the context of powerlifting. I say that because the lifts are complex and at all points rely on the interplay of many muscle groups working together. If you feel your spinal erectors straining in the deadlift, does that mean they’re weak or does it mean that some other muscle is weak and the spinal erectors are working overtime?

Turns out it doesn’t matter.

Strength is specific to movements, not muscles. So dump the idea of doing extra back raises to help your weak lockout. Chances are the back raise isn’t what’s helping. But before we can tell what IS helping, we have to figure out what’s weak. The weak RoM is where bar speed drops off the most. Not where it’s the slowest, but where it decelerates the most. If you can figure out which range of motion is weakest, then you can better target them. 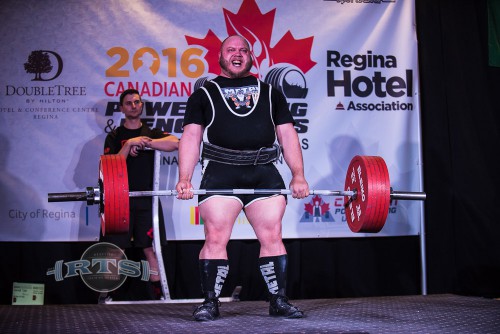 Weak from knee level
If you start dropping bar speed right around knee level, then your weak range of motion is really in the mid-range, not necessarily what I would term as lockout. But that’s still something that needs to be trained and corrected.
I’ve made it no secret over the years that I am a fan of paused lifts. In the case of the pause deadlift, you will pull the bar up to knee level, pause for a count (usually a 2 or 3 count pause), then complete the lift by pulling to the lockout. So it’s really a deadlift with a stop at knee level. This exercise will increase the time you spend under tension at the weakest joint angle. Do this exercise for 2-3 rep sets and err on the light side. You’ll find that this is a very difficult exercise.
Rack pulls can possibly help here as well, but you’ll have to be careful to make sure you are in a similar starting position to your deadlift. Don’t let ego drive this lift, you have to be able to look at it objectively.
Bands and chains have utility for the knee level weakness, but maybe not in the way that you think. They won’t increase tension at the weak range of motion. They’ll actually decrease it depending on how much accommodation is used and how it’s loaded. Generally, bands and chains will emphasize tension in the higher ranges of motion. If you have a knee level weak area, this can still be useful as it can provide an overload stimulus and help increase strength in the entire range of motion.

Weak from low-to-mid-thigh
This is a much more rare weakness to see. This range of motion often sees bar speed dropping off anyway because the lifter is nearing the lockout. But if there is an actual weak range of motion on the thighs, this is the only situation I can think of where I wouldn’t recommend pause deadlifts.
If this is your weak range of motion, I recommend focusing on rack pulls as well as band and chain deadlifts. Band and chain deadlifts will be effective for precisely the same reason they are less effective for knee level weaknesses. Stick to loading bands from the floor and only use reverse bands if you have no other options. If you do have to use reverse bands, use no more than 15% band tension off the floor. That means if you can deadlift 500 pounds, set up your reverse bands so it takes off no more than 75 pounds off the floor. Fifty pounds would be better still. Most people use far too much tension on reverse band deadlifts.

Don’t forget
Don’t forget to continue doing regular deadlifts as well. If you have a weak range of motion in any lift, continuing to perform that lift will allow you to train that weakness in the most specific way possible. Special exercises are meant to be used in conjunction with the main lift to build your weaknesses and also emphasize your strengths. That’s the best way to develop a lift in the larger picture.
Building a big deadlift is about a lot of hard work. There aren’t any short cuts. Doing things like kettlebell swings, good mornings, back raises, and so on can be helpful, but that’s NOT what is going to build an awesome pull. If you want to deadlift a lot, you have to deadlift a lot.