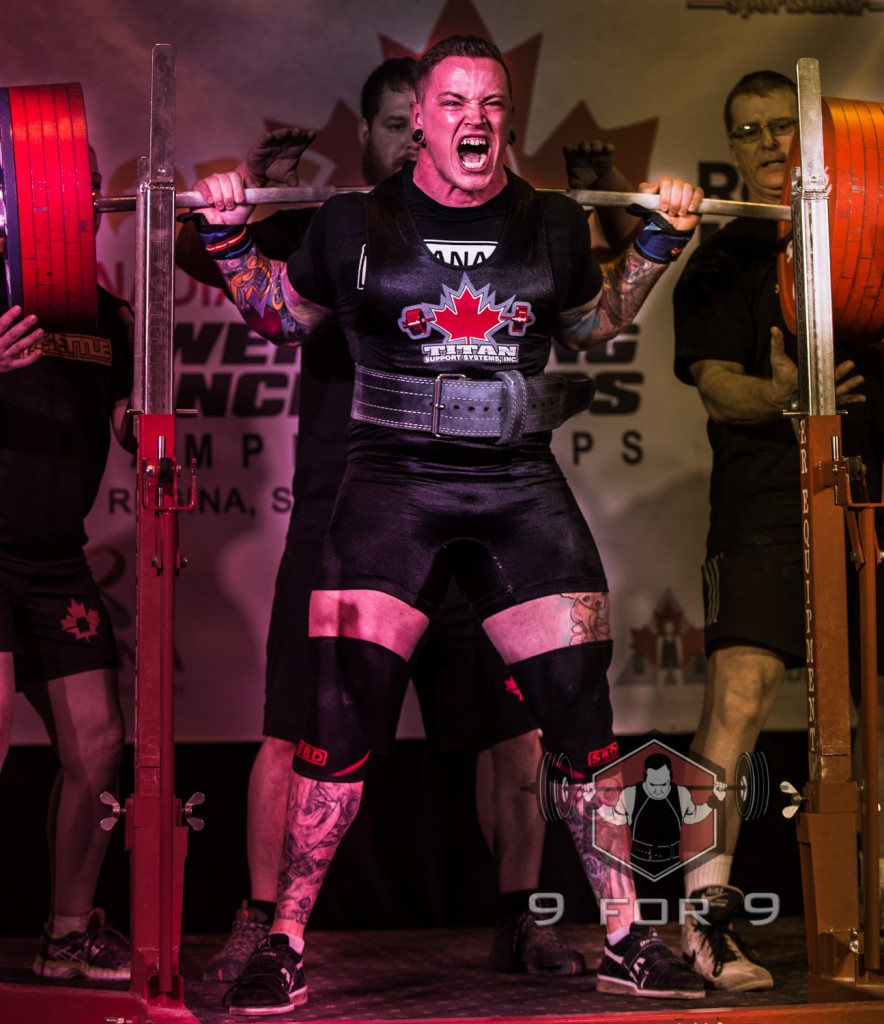 A very good friend of mine recently asked me an interesting question. What does it take to develop a champion athlete?

I have given this question a lot of thought recently. Although it seems like a very big question, it might not be quite as big as I first thought. At first, I thought it would depend a great deal on the athlete’s natural abilities, their training age, and so on. But as I thought about things more and more, I realized that the answer for pretty much any individual is the same.
The coaching world – or at least the small segment of the coaching world in which I am involved – is undergoing somewhat of a paradigm shift. My thoughts have shifted quite a bit too. But in lots of ways, I have come back to where I started. Allow me to explain…

Some of the guys on my team that were not-so-strong would often bring up “genetics”. That is to say, the reason I was so strong was because I was born with some genetic gift that allowed me to excel beyond what they could ever hope to do. That used to make me very angry because I knew there was more to it than that, but at the time I don’t know that I could articulate what it was. But now I can. You see, by the time I was a senior in high school, I had already been lifting weights for six years. That’s 150% of the time that most kids my age had been lifting. And even before that, I had probably a year to two years of bodyweight training. I didn’t take summers off like many others. I didn’t stop lifting in the “in-season” either. I was a one-sport athlete (football), so I had a very long “off season” in which I considered myself an in-season Powerlifter. I thought about lifting weights, practiced my technique, read about lifting weights, etc.

My point is that there was literally tons of work that went into my performance at the time. And at this point in my career, there’s even more work still. I was happily obsessed with lifting weights for years and still am to a large extent. Getting muscular and strong has been something I am passionate about and that passion has provided near-endless motivation for training, researching, experimenting, visualizing, and so on. Are there some genetic gifts that I possess that make it so these efforts are more fruitful for me than they are for others? Perhaps. But there’s no way to tell for sure and there’s not much I or anyone else can do about that. I can tell you that there is a ton of hard work that goes into it. It’s a level of work that many are not interested in doing. And that’s okay. I’m not placing myself on a pedestal because I’m obsessed with strength. It doesn’t make me better than anyone. In fact, outside the Iron Sport culture itself, it’s probably kind of odd. But there is a deeper explanation for my Powerlifting success than innate talent.

Part of this paradigm shift that I was referring to is a resurgent emphasis on the hard work required to become an elite athlete. We’ve always known that hard work was required, but I think it’s only been more recently that we’re learning just how much is required. In his outstanding book “Outliers”, Malcom Gladwell makes the case that to achieve mastery at any activity seemingly without exception, it takes about 10,000 hours of dedicated practice. Whether you want to be a master chess player, a master violinist, or a master Powerlifter, it takes about 10,000 hours of practice. That is, time spent practicing with the express intent to get better. 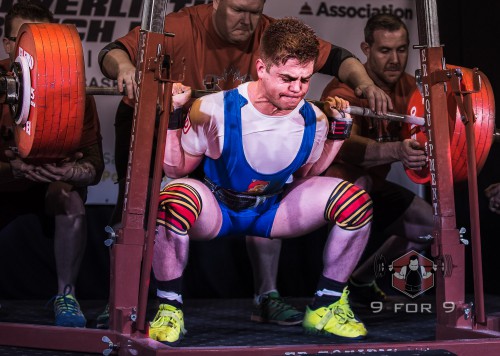 Ten thousand hours is a big number, so let’s break that down a bit. If you practiced two hours a day every single day with no days off, it would take you over 13 years to reach the 10,000 hour mark. What about if you do the more conventional 1.5 hours a day for 3 days per week? Well then it will take you about 42 years. In other words, you’re never going to get to the elite levels by being a recreational athlete. In fact, the earlier start you get, the better off you’ll be.

I’ve listened to speakers at seminars talk about how this applies to sports like hockey, basketball, etc. They have found that for all the strength coaching, cone drills, and medicine ball exercises we have invented, the best hockey players still play hockey more than their peers. Same with other sports too. Then you look at groups like Bulgarian weightlifters and you start to see a pervasive trend – lots and lots of practice. Then more practice. During one presentation, Jed Smith said, “Individuals that become professional athletes practiced on their own an average of twice as much as their teammates that did not make it.” That’s in addition to normal team practices.

The irony is that to reach the 10,000 hour mark, you don’t only need a lot of time practicing. In many sports you also need an early start if you are to get to the 10,000 hours at an age where you can grab other opportunities. If you practice 3 hours a day, 7 days a week (total of 21 hours per week), it will take you about 10 years to achieve mastery. Say you are trying to become a professional basketball player. If you don’t start playing seriously until you are 12 years old, then you only play 21 hours per week, you won’t reach 10,000 hours until you are 22 years old. By that time, you are probably not going to get to play on a major college basketball team because you’re too old and your opportunities for making it to the pros are greatly reduced. You could play more than 21 hours per week. That would help you get there faster, but it does have a cost.

One case study of how lots of practice can make up for lost time is the story of another lifter that I know. I’ll spare his name from this story though. This guy was a world class powerlifter. Then he got an itch to try his hand at weightlifting. He wanted to go to the Olympics. After making the switch, he rocketed to the top ranks of his weight class relatively quickly. At first, I chalked up his meteoric rise in part as natural born talent and also as carry-over strength from his Powerlifting days. But this was not the whole of it. When he converted to weightlifting, he became obsessed. Or dedicated, depending on how you see it. A friend of mine that knew him personally told me that the lifter trained 11 or more times per week. I’m not talking about dragging a sled or doing easy stuff. I’m talking about serious weightlifting workouts. Dedicated practice. And between those workouts, you would often see him miming his snatch technique and other practice. So even when he wasn’t training, he was thinking about getting better. And after leaving the gym and heading home for the day, he would watch videos of weightlifters and do visualization drills for hours. His whole life was aimed at the goal of competing in the Olympics. And the result of all that time spent was a very fast rise in skill for a lifter who was already kind of old to be starting Olympic-hopeful weightlifting.

Of course this starts to get into some concerning areas. Who can maintain that kind of workload without burning out? Is it healthy to maintain that kind of single-minded obsession? I think this is where the conversation turns back to genetics. Or at the very least, to some other personality factors that are perhaps beyond the control of an individual. Clearly the people that can maintain the workloads required to meet their 10,000 hour mark are passionate about what they do. If they were not, then they wouldn’t put that kind of time in or at the very least, they wouldn’t be focused on getting better. So passion really becomes the lynchpin on which the whole idea of working toward mastery hinges. Where does passion come from?
Perhaps here is where we get to a more significant genetic cause. But passion for a certain activity is also just as likely to come from some sort of socio-cultural part of our upbringing. Using myself as an example, I obviously value strength. Perhaps my value of strength and subsequent passion for it is tied to my genetics. Perhaps it’s part of the way I was raised. But either way, I don’t think it’s something that can be faked.

I know a lot of people who have passion for what they do. Perhaps they don’t have the passion that my weightlifter friend has, and that’s okay. I’m not sure it takes that level of single-minded-ness. But it takes enough passion that you’re willing to put in the work. I’m sure that genetics play a role at some level. Even though some genes can be turned on and off, there is likely little that can be done about the genetic cards you were dealt. So if you’ve read this far, you probably have the passion for at least some hard work. So my advice to you is to not worry about genetics or other circumstances that are beyond your control. Work harder than anyone else and see how far your genes can really take you. If you don’t want to work that hard, it’s okay. It doesn’t mean you’re a bad person. But it also doesn’t mean that the other guy is just blessed with some unseen talent that allows them to be better. Chances are you’re just getting out-worked.

So to get more to the core of the question that was asked: what is required to develop a champion athlete? I think the answer to that is, more than anything else, it takes an extreme amount of hard work. That kind of work takes passion. So the centerpiece for any truly elite athlete is going to be passion enough to out-work their competitors.